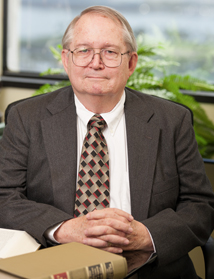 William Russ has more than 30 years experience in bankruptcy, Debtors-in-Possessions, Creditor’s Committees, and Court-Appointed Receiverships, with particular success in assisting reorganization and emergence from bankruptcy, management and reconstruction of Debtor’s business operations and financial affairs, and liquidation and valuation analysis.


"Solvency Options
as Easy as ABC"

Contact Us
You've worked hard.
Let us help you move on and start fresh.